My muse has been about as absent from my life as motivation has.

My blog went into full hibernation mode, but as the sun came back out and graced our skies, my pen still did not want to be put to paper.

Perhaps with impending University deadlines, where thousands of words are demanded to be written, writing for fun or even for therapy becomes unappealing.

It’s more Netflix binge-worthy series’ and copious amounts of iced coffee that has called my name – on that note the best is definitely Califia noir it is dairy-free and it’s bloody delicious, often on offer at Sainos too.

However, as much as I believe in the idea of letting the ideas flow to you, the only things that’s flown at me in the last few weeks is a frightening abundance of green flies. So, I’ve had to go out and seek the muse myself.

Suddenly, after dragging myself off the sofa and into the real world, consuming healthier food and engaging in exercise I feel more ‘awake’ – beyond having my eyes open.

Partaking in new hobbies and venturing out beyond my local Monki has brought a wealth of ideas.

I’m going to be the generous saint that I am and share them with you right now, hoping somewhat selfishly that you will hit me back with a few too!!

I have followed Mel for a few years now, finding her through probably the cutest lookbook I have ever seen. I’ve stuck around without question thanks to her continually incredible sense of style, creative content (her mini films are the best) and infectious personality. Film photos have been the in-thing for a while now, but no one captures the essence of a moment and a feeling in their images quite like Mel, she has inspired me to play around more with shadow and light within photos.

I have been incredibly lucky to visit Spain twice this year (Sevilla in January and Malaga in April) along with beautiful Barcelona almost two years ago. I have fallen continually in love with the country’s gorgeous architecture, greenery, friendly people and AMAZING food. My perfect night would be picking away at tapas, with a glass of Sangria (the kind where you can really taste the wine, not the fizzy version) on a sun-soaked balcony. Bliss.

The aesthetics and culture of Spain is entirely inspiring my Summer and attitude, with the soundtrack of Spanish band Hinds playing in the background.

Vampire Weekend – Father of the Bride

The soundtrack to my summer. I had never really listened to Vampire Weekend before this spring, my knowledge extended as far as A-Punk and Diane Young. I knew they were masters of indie pop, but I never felt compiled to delve into their archives.

Upon seeing the album promoted on Danielle Haim’s Instagram I thought, “hmm interesting” as anything associated with a Haim sister, is something I will check out. Then after seeing Vampire Weekend and Haim’s performance of the utter bop ‘This Life‘ on Jimmy Fallon I was sold (just checked the video has been taken down?! So I’ve linked the official music video) and I have had the album on shuffle ever since.

I can’t even name a stand out track as every few days I become utterly enamoured with a new one and each song has been top dog at some point. 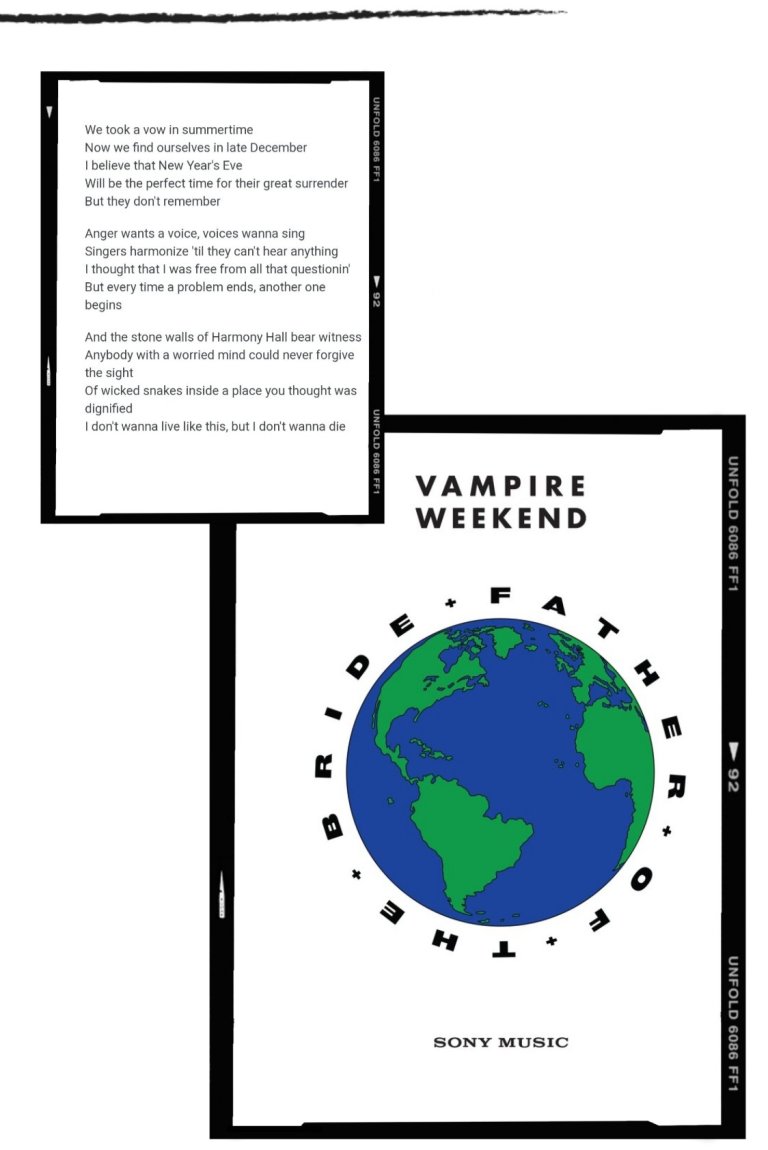 Living in Newcastle, I am a regular visitor of the city’s gorgeous Independent Cinema; Tyneside Cinema. I have a card for Under 25’s which means tickets are just £4.50 so I try to go as much as I can really.

On a Monday evening they show a cult classic, and despite being continually interested I have never got round to actually attending, until last week.

We bought the tickets without knowing much about 90’s hit ‘Before Sunrise’ beyond the fact it had a good rotten tomatoes score and it featured a train.

I was well and truly blown away, it was so unique in its narrative, and I was romanced by the backdrop of Vienna. Julie Delpy is STUNNING, I have never seen a more angelic face and I wholeheartedly recommend this gorgeous piece of film.

I left the cinema love drunk and skipping home.