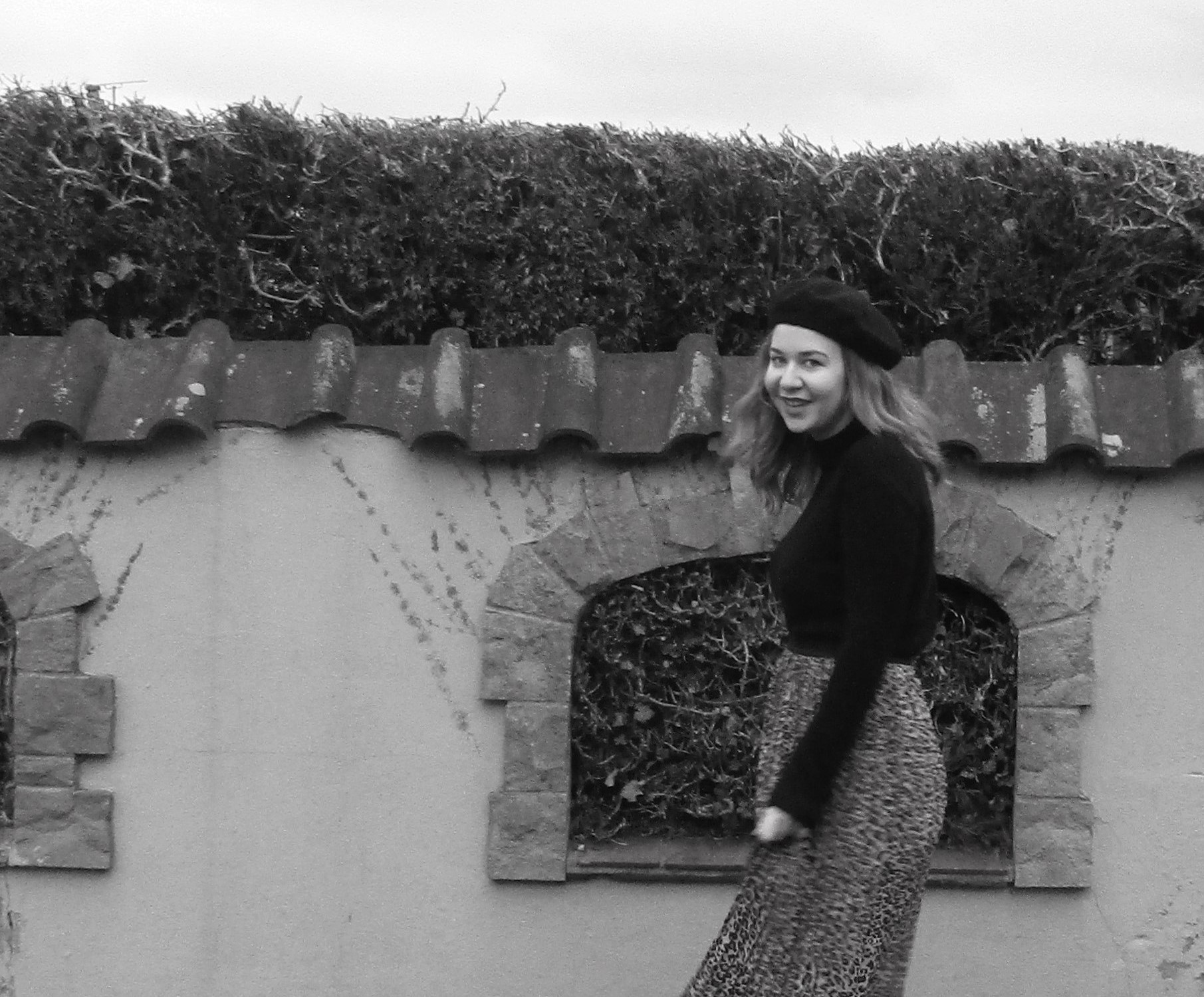 Today I bring you the long awaited second instalment of my Fashion in Film series! After last month’s sickly sweet girly instalment I wanted to tackle a completely different look, from a whole other era.

I planned this look last last week now, but it’s all the more topical following the Oscars Best Picture blunder, where the award was presented by none other than the star duo from this movie!

Arthur Penn’s ‘Bonnie and Clyde’ (1967) is nothing short of a classic. The story is timeless, but what has always stuck for me, is Faye Dunaway’s breath-taking beauty and incredibly chic costumes. The simple cut silhouettes made up of pencil skirts and knitted sweaters, paired with THAT beret has always felt very Parisian to me, despite the film being set in America.

For my recreation, I decided to put my own spin on the classic look. Faye dons a number of midi skirts as Bonnie, some of those being pleated, as I wanted to create the look on a budget, I used this Bershka Leopard print number I already owned, which cost me just 15euro in Berlin. The leopard print gives it both an edge, and makes the look feel a lot more me. 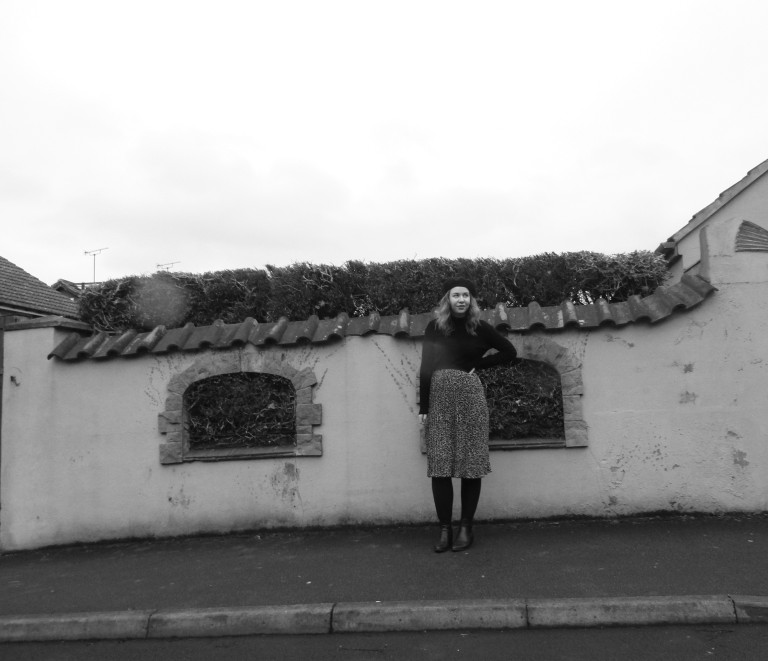 I decided to keep the silhouette very simple by pairing it with a knit roll neck jumper from Primark, but you can pick one up pretty much anywhere.

I just HAD to top it all off with a beret; which I certainly don’t wear a tenth as well as the gorgeous Faye did. Mine was only £3.88 on eBay (I’ll link at bottom) and comes in a variety of colours, I’m already thinking of going on and purchasing the red. A red beret would look fab in spring paired with a polka dot or stripe. 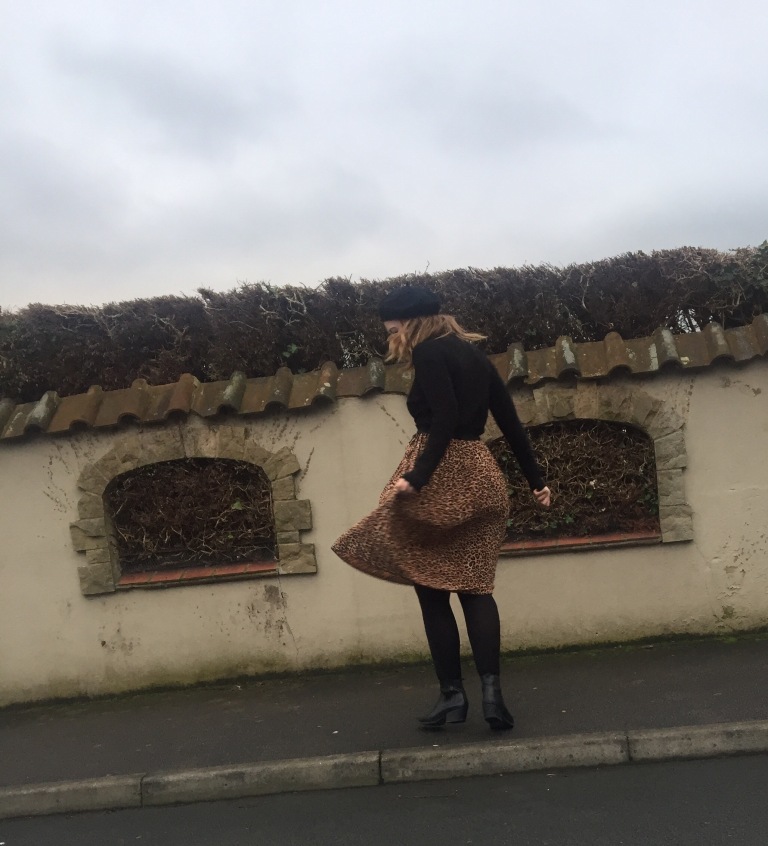 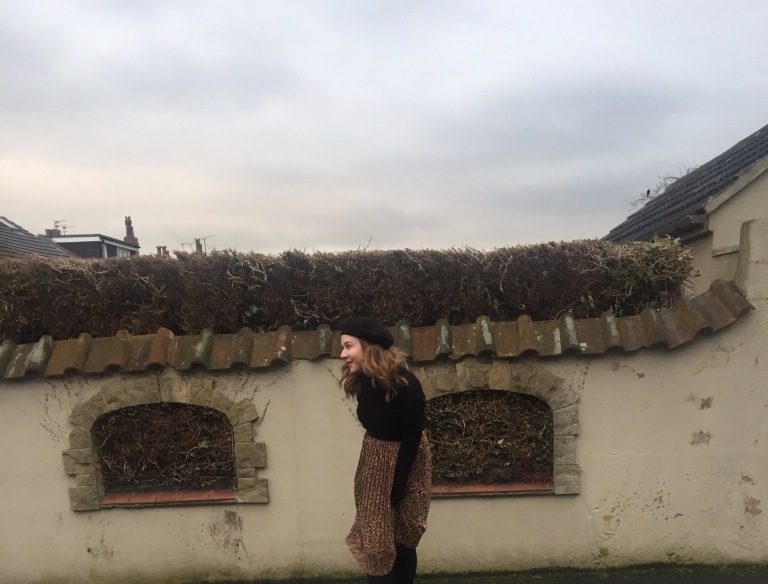 Bonnie’s makeup, unlike her outfit which shied away from the mini style skirts of the decade, was quintessentially 60s. She wore sexy bardot-esque cat liner and peachy nude lips. I attempted to recreate this, but I am completely and utterly disastrous when armed with an eyeliner wand. 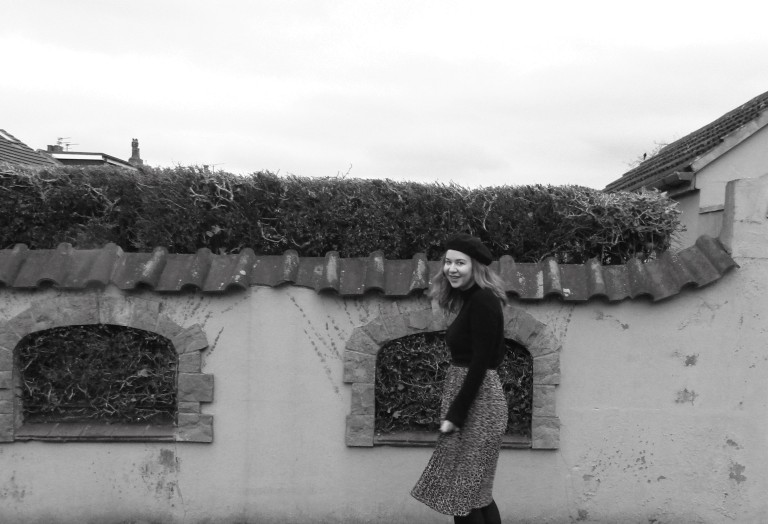 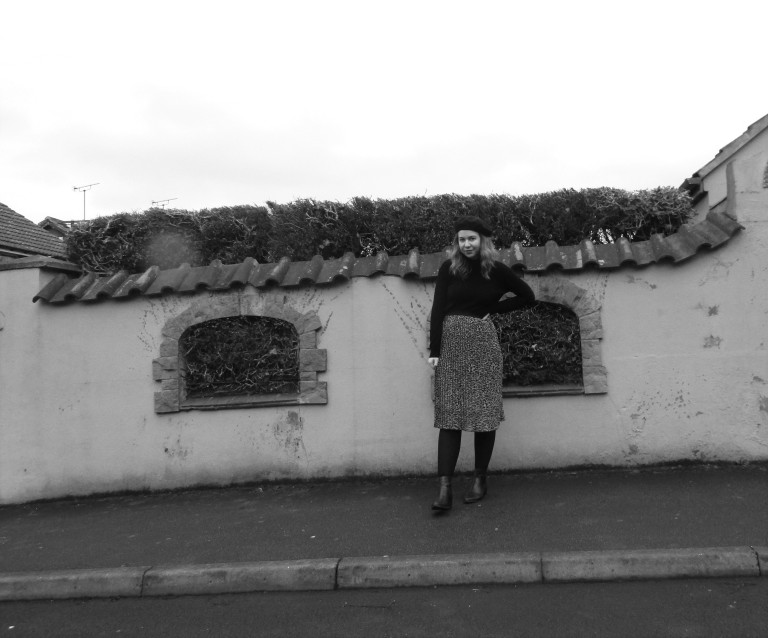 I feel like my version of the look pays homage to the character, but at the same time makes it more wearable for 2017 to go to the shops rather than out robbing a bank!

Thanks so much for reading!

One thought on “Fashion in Film #2 Bonnie and Clyde”