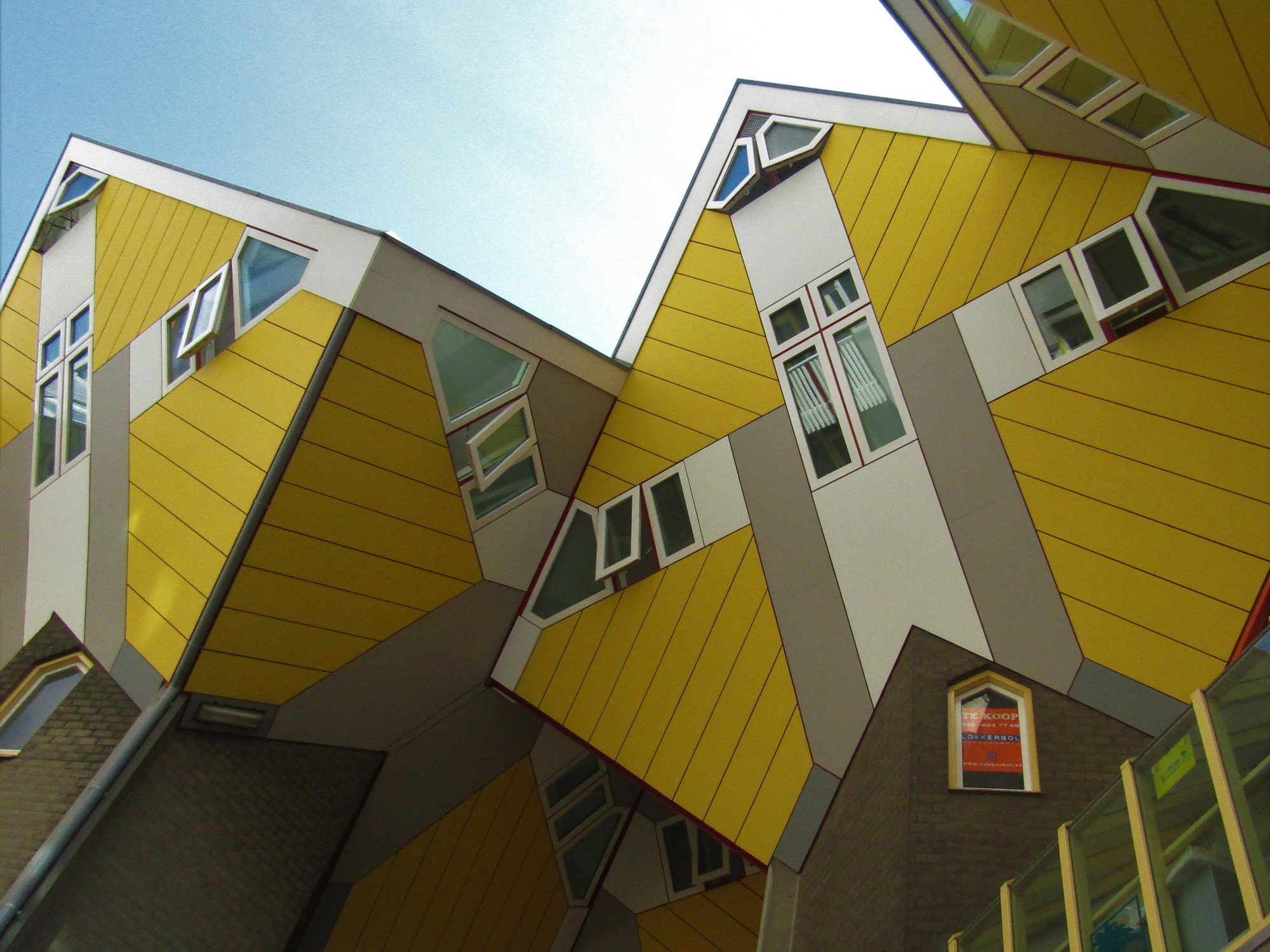 Another travel related post today, this time chronicling the 24 hours we spent in Rotterdam, the second destination of our interrail trip.

First off, trains in the Netherlands are FAB, there’s tons of legroom and every 2 seats have their very own mini bin (I’m not a saddo, I just hate litter). It was also a super quick 40min train journey from Amsterdam, meaning  we pretty much had a full day to explore.

To be frank, a day or a weekend is more than enough time to explore the majority of Rotterdam’s sights. In a day we managed to cram (what we thought) was a fair amount of stuff in. We stayed at the aptly named Hotel Rotterdam, which was relatively cheap and clean, the reception was lovely and although the room was rather old fashioned, it had all we needed.

Architecturally, Rotterdam is particularly unique. As a result of its near destruction in WW2 the city has a highly varied architectural landscape which has built up since the 1940’s. Therefore, after checking in at our hotel, we headed straight into the centre to check out the city’s quirky buildings.

First up was the Markthal (Market hall), which is structured much like the shape of a horseshoe, and the inside of the building is adorned with an artwork by Arno Coenen, named Hoorn des Overvloeds (Horn of Plenty), which was made using digital 3-D techniques and was unlike anything I’d seen before! 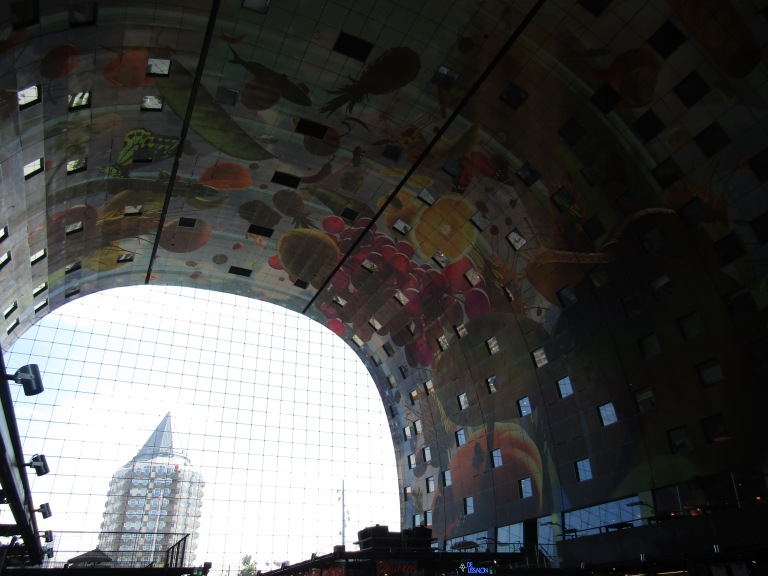 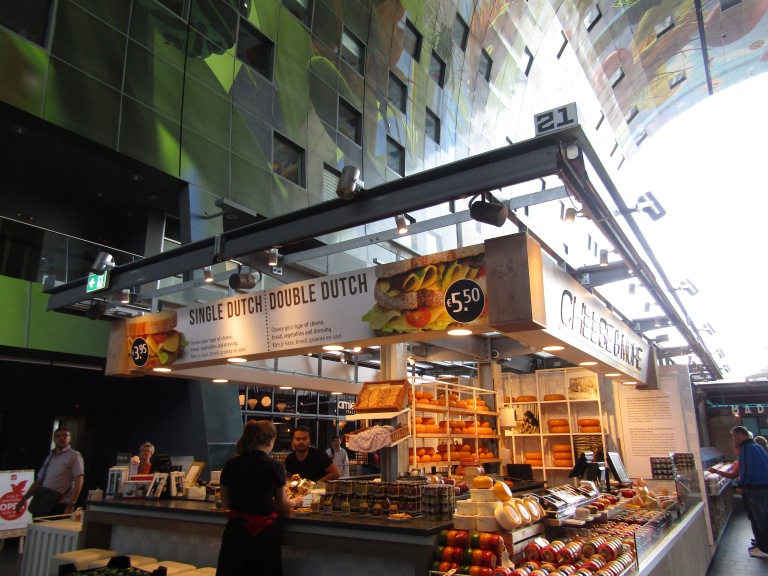 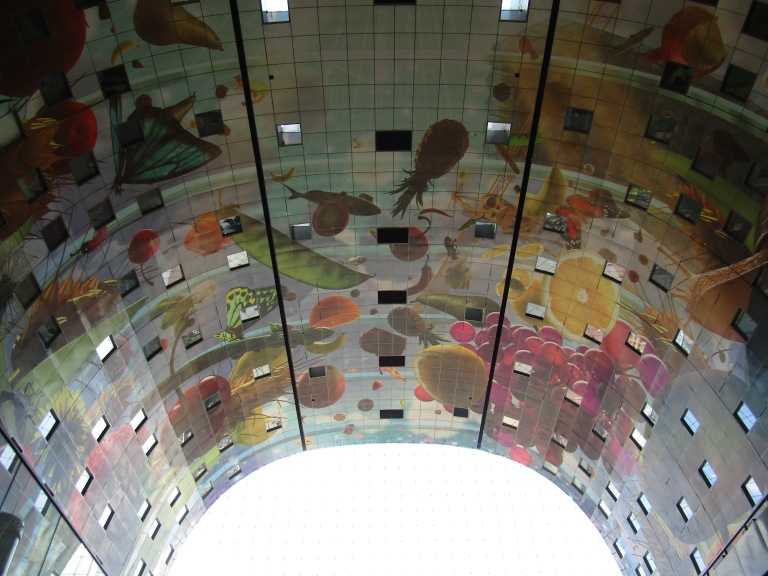 Secondly, we wandered around the cube houses (Kubuswoningen), designed by architect Piet Blom . The houses were built in this unique way as means to optimise the space inside, they are located on Overblaak Street, right above the Blaak Subway Station. 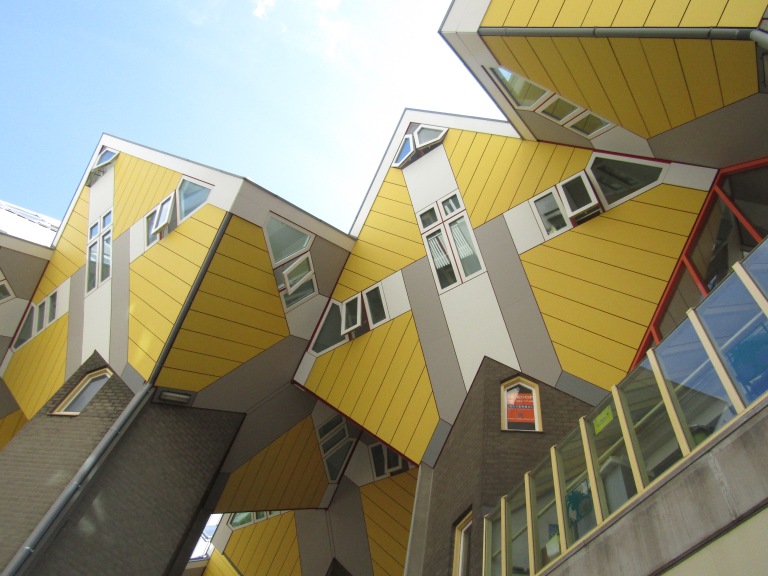 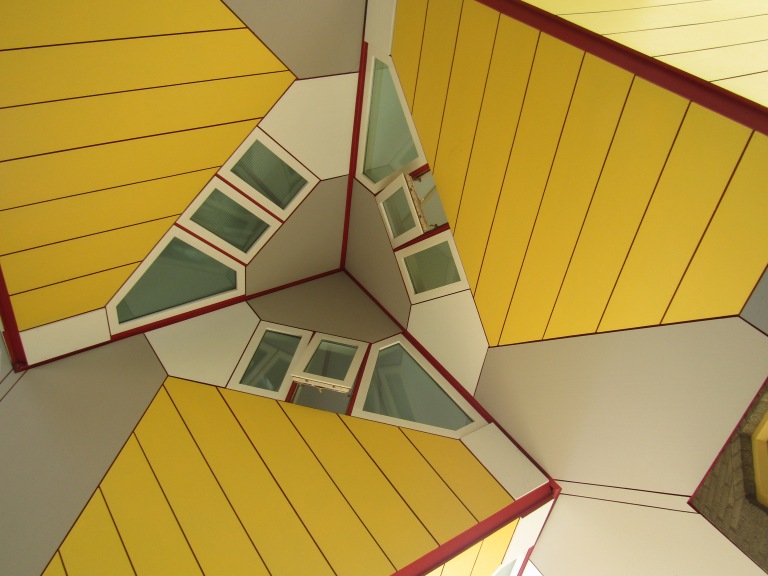 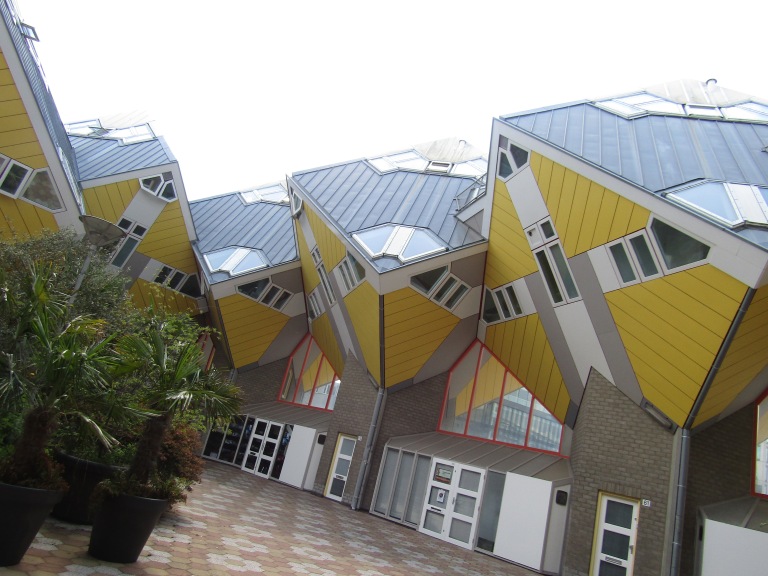 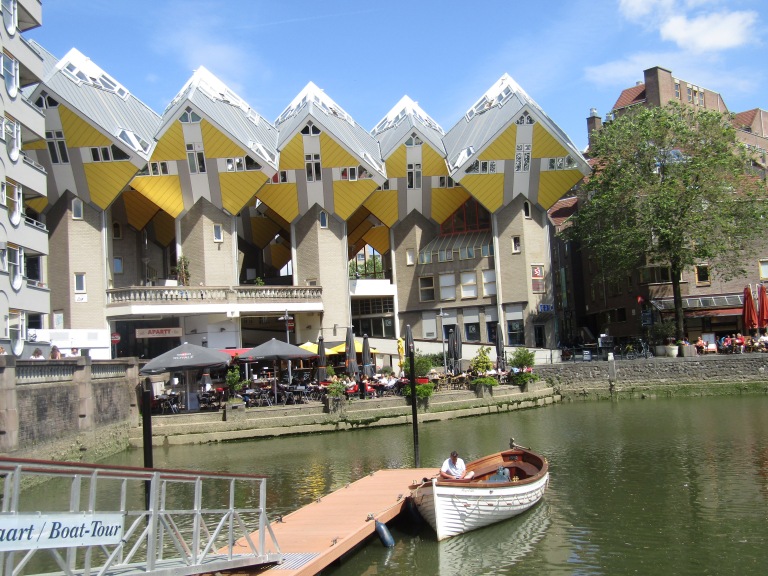 We also walked along the Erasmus bridge which crosses Nieuwe Maas, a distributary of the Rhine, and despite the gale force wind we managed to enjoy the view! 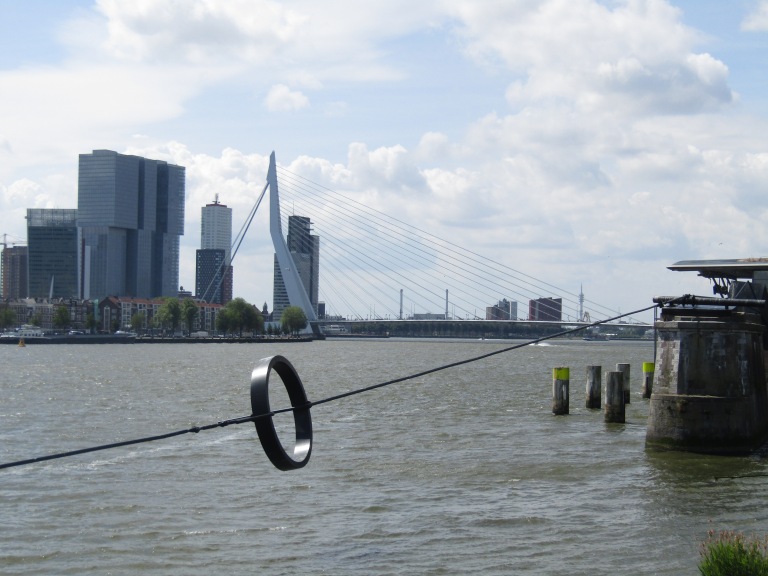 Rotterdam’s Het park is also worth a mention, it’s a good 30 minute walk from the main centre but it’s a charming spot filled with beautiful gardens and a teahouse surrounded with traditional deckchairs and tables.

In terms of food and drink, we stopped off for a drink and an unplanned muffin at the Room hostel in the ‘direct’ neighbourhood of Rotterdam. The décor was insanely cool and mismatch, the prices reasonable and staff were super friendly. 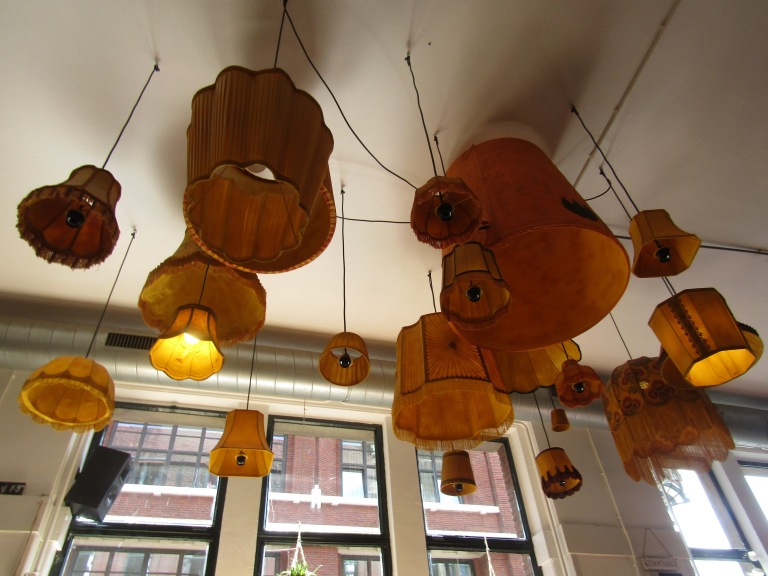 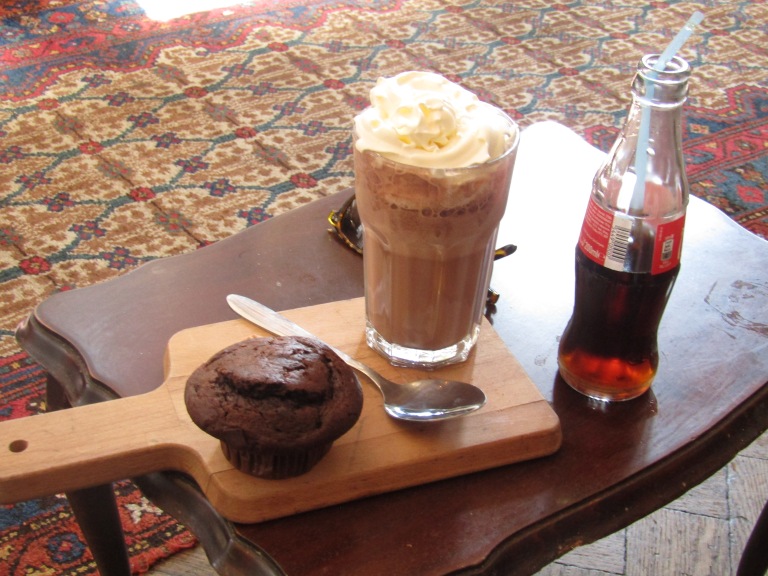 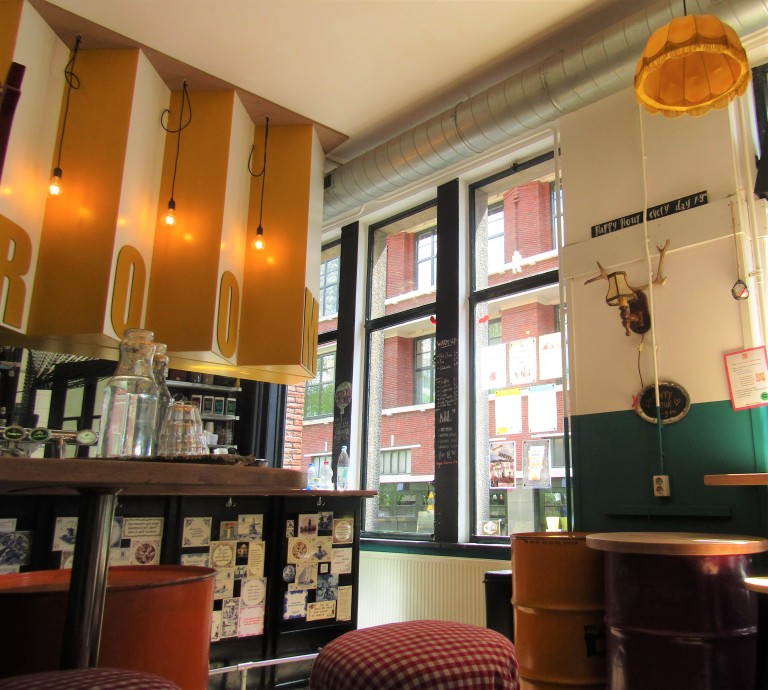 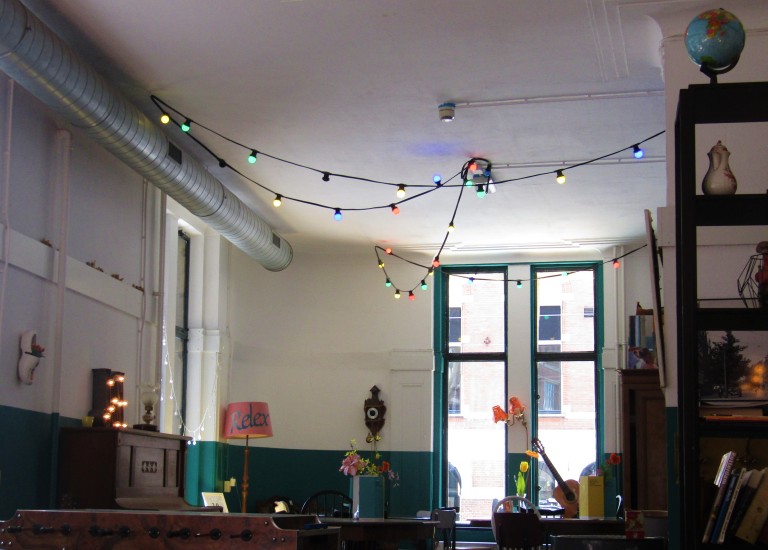 We went for tea at an Italian restaurant called Caffé Italia, where I had seafood pasta and Jack had a calzone, it was tasty, reasonably priced and central to all the shops.

Alongside Rotterdam’s spectacular architecture it’s also filled with artwork and graffiti, which made for some impromptu outfit shots below! 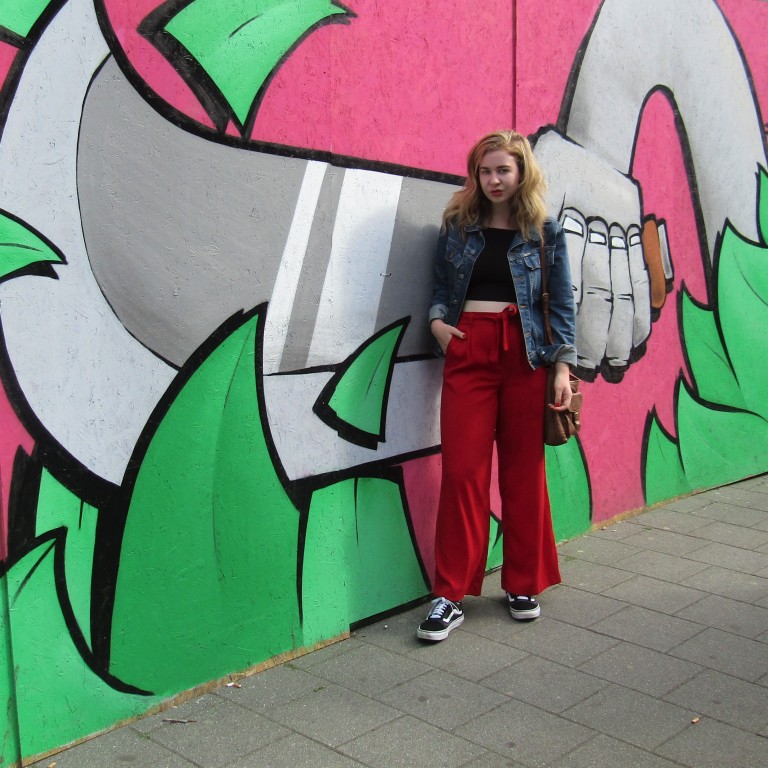 Thank you all for reading,

Rotterdam was a truly unique city, and I am glad I visited it as part of my interrail trip. In the coming years, I am sure Rotterdam will continue to thrive and will soon be a hit with young travellers!