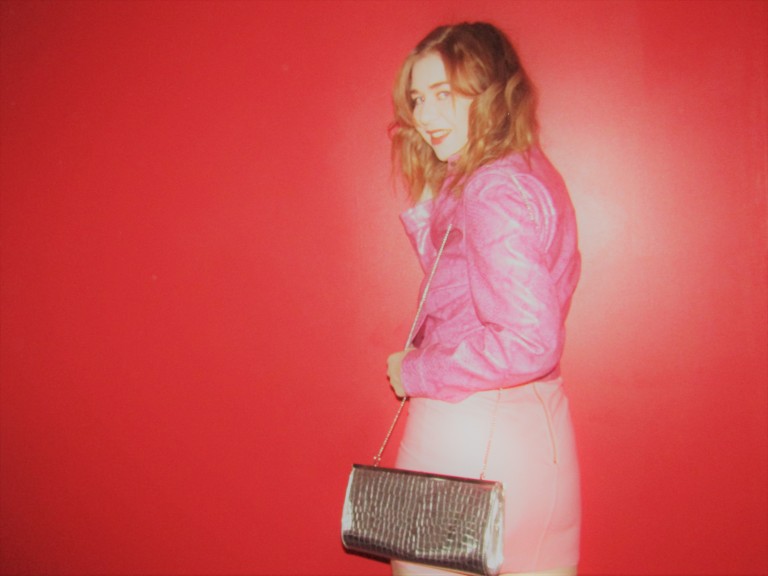 I come here today with a different kind of post, and hopefully something a bit more fun and unique! My fashion inspiration is drawnfrom a range of sources; music, street style and more often than not, Film. I’ve always adored film, whether that be from a young girl watching the animated Disney classics, to studying films such as ‘Rear Window’ and ‘Boyz n the Hood’ at university.

Some of my biggest fashion icons/inspo are the characters I’ve seen grace the silver screen, from Penny Lane in Almost Famous, to Cher Horowitz in Clueless. Both Queens of Sass.

In this series ‘Fashion in Film’, I intend to not always duplicate the looks on screen, but to draw inspiration from them, primarily using items that I already have in my wardrobe. Not that everyone has a pink snakeskin leather jacket…

Legally Blonde is a classic chick flick, with an empowering girl-power message. Elle doesn’t compromise her love of pink mini skirts and strappy sandals to be taken more seriously in the male-dominated field of law. She proves it is possible to be both highly intelligent, successful and stylish. Looking back now, her whole look is a big slice of nostalgia that transports us back to the early noughties where Paris Hilton and Juicy Couture velour tracksuits reigned supreme! With noughties fashion making a comeback recently, particularly in the world of street style, and pink being THE colour that everyone was rocking last year, Elle’s style is as fabulous and eye-capturing as ever! 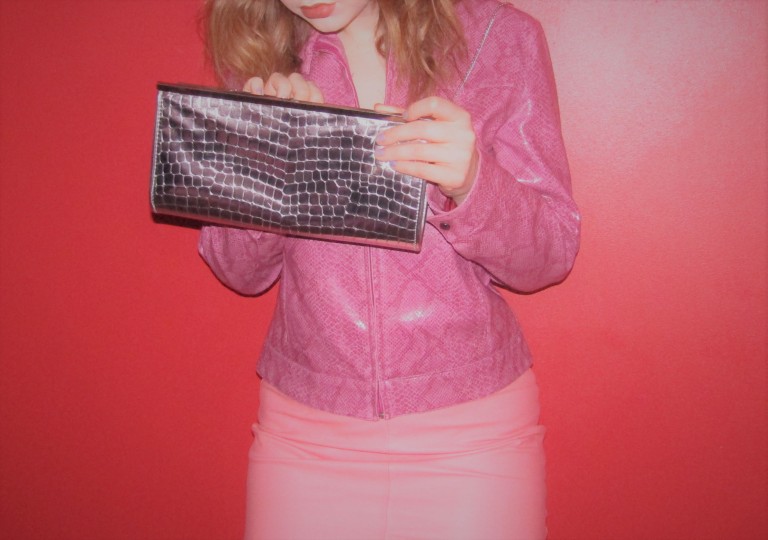 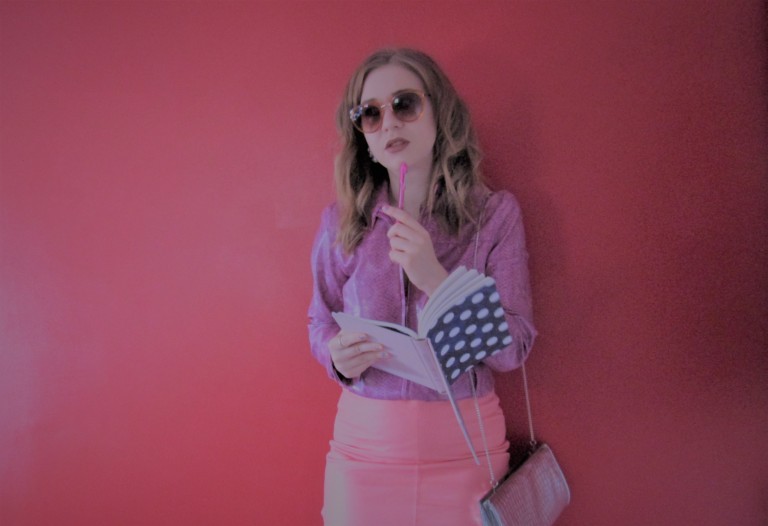 I decided to opt for the noughties (questionable) classic of a leather two-piece. I picked up this INSANE pleather snakeskin jacket from ASOS Marketplace via the shop ‘Dirty Disco Vintage’ around 2 years ago now for £30. I haven’t whipped it out very often, but boy is it a statement when I do!!! I teamed it with this Bubble-gum Pink Leather skirt from Warehouse, and it looks suitably sickly sweet.

I’m a big fan of rocking two or more tones of the same colour all in one outfit, and against the red backdrop I think it works a treat. I accessorised the look with a pair of ridiculously large Primark studs and a silver croc clutch from New Look (complete with a few improvised props). 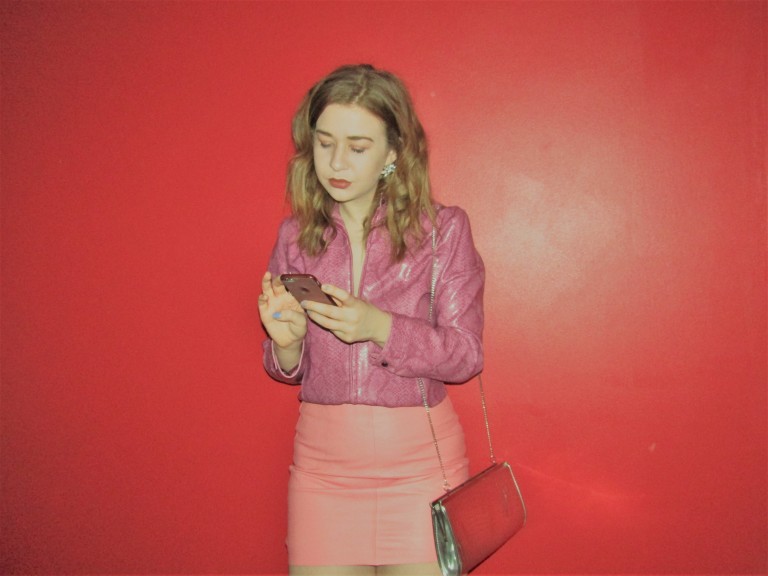 To nail Elle’s look, all you really need is a whole lot of sass and to fully embrace pink,; AS MUCH AS POSSIBLE. This look was super fun to style, and I look forward to my next ‘Fashion in Film’ venture!

As always thanks so much for reading,